Watson was one of ten practicing attorneys selected by Stetson College of Law for the swearing-in ceremony. Watson took the oath for admission to the nation's highest court while standing before each of the U.S. Supreme Court Justices. The Dean of Stetson College Of Law, Christopher M. Pietruszkiewicz, submitted an oral motion to the Court for Watson's admission into the Bar, and Chief Justice John Roberts accepted and granted the motion. Subsequently, the oath was administered.

"I am excited about the fact that I can now take my client's cases all the way up to our nation's highest court", said Watson, who is the owner of The Watson Firm, PLLC, a personal injury and civil rights law firm in Pensacola, Florida, and Ft. Walton Beach, Florida.

Attorney Watson has recovered millions for his clients throughout Northwest Florida. While at Stetson Law, he was named a national champion in trial advocacy when he defeated 248 teams from 148 law schools in the American Association for Justice student trial competition. He has obtained one of the largest civil rights settlements to date against the city of Pensacola when a Pensacola Police office ran over and killed an African American teen while in pursuit. Steen vs. Pensacola.

Attorney Watson’s cases have been featured on CNN, USA Today, and The Pensacola News Journal. He has also been featured in JET Magazine. He is a past board member of the American Association for Justice (AAJ) and The Florida Justice Association (FJA). At the young age of 33, Watson has obtained settlements and trial verdicts of $1 million, $3.3 million, and $12.6 million for his clients. 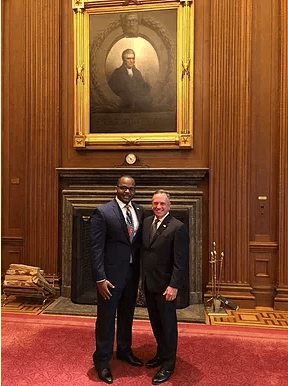 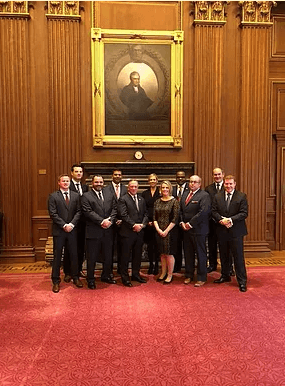