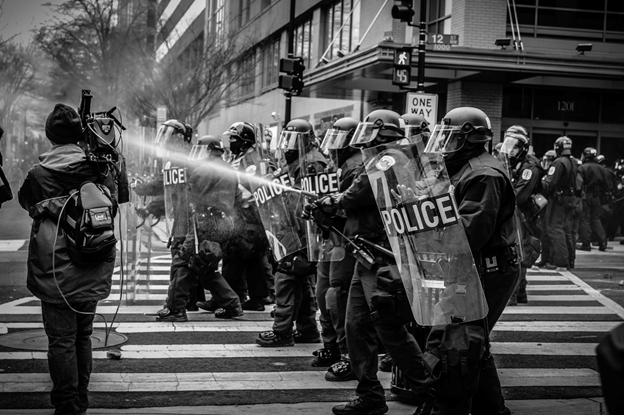 You have likely heard about calls to defund the police and to end qualified immunity amid the nationwide protests aimed at combatting police brutality and racism which have come largely as a result of the killing of George Floyd by Minnesota police. However, qualified immunity, which protects police officers among other government officials from lawsuits relating to their misconduct, has been a hot button issue for a while now. Let’s take a closer look at qualified immunity and how this legal doctrine might be affected if the Justice in Policing Act of 2020 is made law.

Who Does Qualified Immunity Protect?

Government officials such as police officers, judges, prosecutors, and legislators receive the benefit of qualified immunity. In theory, qualified immunity is about balancing the interests of holding officials accountable for being irresponsible on the job with protecting those officers from distractions, harassment, and other forms of liability when they are performing their duties.

Qualified immunity prevents cases against government officials from going to trial, often resulting in resolutions prior to discovery. However, the qualified immunity doctrine does not fully protect government officials from their actions which are not within the scope of their duties, and it does not fully insulate them from having to pay damages for the injuries that they may cause you.

More particularly, a defendant could not rely upon qualified immunity if the defendant violated your clearly established constitutional or statutory rights. Courts who have decided cases involving qualified immunity have looked at whether a reasonable official would have known that the plaintiff’s rights were violated by the defendant’s conduct, taking into account the laws existing when the alleged misconduct occurred. Courts also review the reasonableness of the defendant’s conduct through an objective lens in determining whether the defendant violated protocol or had been poorly trained, among other things.

For example, in 2014, a Florida officer kicked and dragged a handcuffed suspect who was already pepper-sprayed at that point. This resulted in the officer being charged for battery; however, the officer was acquitted. This did not stop him from being sued for violating the suspect’s civil rights. The officer was not granted immunity and has instead been ordered to pay the victim more than $100,000 in damages. Contrast that situation with a Florida deputy who entered the wrong home, killing the victim. That victim’s family brought a wrongful death lawsuit which was dismissed because of the police officer being granted qualified immunity. This case was denied review by the United States Supreme Court.

An obvious problem with qualified immunity is that Americans whose rights have been violated might have no recourse.

Where Do Florida Politicians Stand on Qualified Immunity?

Recently, Congressman Charlie Crist (D-Fla), who serves Florida’s 13th congressional district, co-sponsored the Justice in Policing Act of 2020, which was introduced June 8, 2020, following George Floyd’s death. The act is aimed at combatting police misconduct and racial bias in policing while chipping away at the protections afforded by qualified immunity.

However, Congressman Greg Steube (R-Fla), who serves Florida’s 17th congressional district, pushed back, stating, “qualified immunity is not the problem here, and we need to uphold this critical protection of law enforcement.”

Notably, the Justice in Policing Act of 2020 facilitates federal enforcement of constitutional violations, including:

If you feel that your rights were violated by law enforcement or other government officials, you should consult with an experienced attorney who is well versed in civil rights cases and who can successfully navigate qualified immunity issues. At The Watson Firm, PLLC, our attorneys have extensive experience protecting the civil rights of our clients. We are prepared to aggressively pursue all remedies against those responsible for causing your injuries and make them compensate you fairly for your injuries.