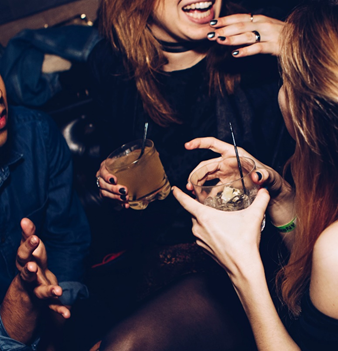 Hazing comes off to many people as an initiation ritual that fraternity and sorority pledges do as a tradition. It’s not uncommon in university Greek life to hear stories of pledges drinking to the point of oblivion while staying awake for days.

Unfortunately, a growing number of college hazing incidents have resulted in serious injuries and even deaths. In response, Florida passed Senate Bill 1008 (known as Andrew’s Law) last year making solicitation of college hazing a felony, among other things. Let’s take a closer look at hazing in Florida and what you can do if you are a victim.

In Florida, hazing includes situations or actions which intentionally or recklessly endanger the physical or mental health of a student. This includes situations in which a student is pledging or getting admitted into an organization such as a fraternity or sorority that is sanctioned by a post-secondary institution (college or university).

Furthermore, Florida considers hazing to be any situation in which a student is coerced or pressured into committing a violation of federal or state law. Victims might be beaten up, exposed to the elements, forced to abuse alcohol, or even told to perform sex acts. In essence, if the incident has affected your physical health, then you have been hazed according to Florida law.

Notably, Florida points out that it is not just physical harm that constitutes hazing. In fact, hazing could entail humiliation, harassment, sleep deprivation, or mental stress. It could include situations where you are extremely embarrassed or told to refrain from speaking with people. When your dignity or mental health is affected, then according to Florida law, you have been hazed.

In November 2017, Florida State University student and Pi Kappa Phi pledge Andrew Coffey died from alcohol poisoning after being instructed to down a bottle of Wild Turkey. Rather than get help for the FSU junior, fraternity members just placed him on a couch where he was found unresponsive the following morning.

In response, in June 2019, Florida Governor Ron DeSantis approved Senate Bill 1008, which makes it a third-degree felony if you cause someone to commit serious injury or death to another in a college hazing incident. In essence, it is not just the person who hazed you that can be held criminally responsible if you are hurt or killed, but also those who solicited that person to haze you such as fraternity or sorority leaders and whoever orchestrated the hazing. However, the law allows those who call 911 and who render assistance to you while awaiting medical attention to avoid prosecution.

Suing for Your Hazing Injuries in Florida

If you are a victim of a college hazing incident, you could file a personal injury lawsuit against those directly and indirectly responsible for causing your injuries. For example, what if you were locked in the basement of a fraternity house for two days with no access to food or water, causing you a great deal of pain and agony? What if you were pepper-sprayed when you were initiated, and have sustained permanent damage to your eyes? You might not have acquiesced to any of this. The bottom line is that if you were physically or mentally injured, then those who had a hand in causing your injuries could be held liable in a civil lawsuit.

At The Watson Firm, PLLC, our attorneys have extensive experience protecting the rights of our injured Hazing victim clients. Our attorneys can advise you as to your legal options and can aggressively pursue any and all remedies against those responsible for college hazing you to ensure that you are appropriately compensated for your injuries.

Contact us to meet with a Pensacola college hazing attorney who can assist you with your case. Free consultations.