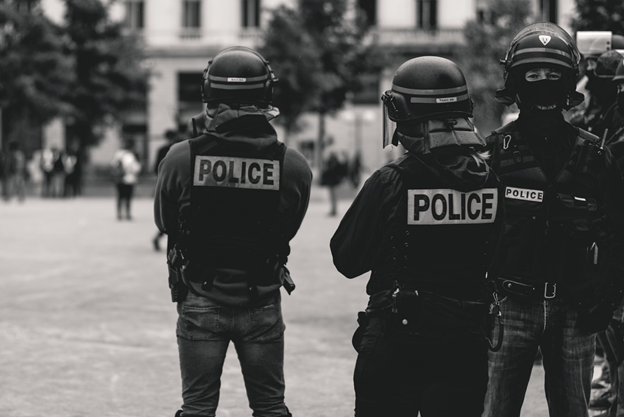 Police officers have a significant authority to investigate and arrest individuals for suspected criminal activity. However, officers have to comply with strict restrictions when carrying out their jobs. Police officers can’t just do whatever they want and hide behind their badges for protection. As an example, Derek Chauvin, the officer who killed George Floyd in the course of arresting him, has just been convicted of murder. His badge did not protect him from a criminal conviction.

The law provides civil rights to all citizens, and when police officers violate those rights, they may face both criminal and civil consequences for police misconduct. Below, you can learn more about what police misconduct entails and what you could do to obtain justice and compensation if the police have crossed the line in your case.

What Is Qualified Immunity for Police?

When police officers are properly performing their jobs, they are protected by “qualified immunity,” a legal shield that helps the police avoid lawsuits. However, if their conduct is unreasonable, they may face lawsuits for their actions. It is not enough, though, to claim that a police officer's conduct was negligent to prevail in a lawsuit.

If the police violate your civil and constitutional rights, then you could explore potential remedies with your lawyer. These violations can also limit a prosecutor's ability to charge you for a crime if you were subjected to an unreasonable force or unlawful search.

What Is a False Arrest?

A false arrest is a type of Fourth Amendment violation that occurs when the police restrain or detain you without probable cause. Probable cause arises when a police officer uses facts to form their belief that you have committed a crime, are committing a crime, or might commit a crime. That being said, the police must have probable cause to arrest you. Facts matter, not mere suspicions. However, just because an officer arrests you based on inaccurate information does not mean that they violated your rights. The officer must rely on reasonable information to arrest you.

Arguing police misconduct cases in court can be challenging, especially because issues related to probable cause are often nuanced. For this reason, it is crucial to find an attorney who can evaluate the circumstances surrounding your arrest if you believe the police violated your Fourth Amendment rights.

What Does the 14th Amendment Protect Against?

So, if you believe your criminal charges were unlawful and the prosecution has a spiteful agenda against you, the 14th Amendment could work to your advantage.

What Is Police Brutality?

Police frequently use some level of force when carrying out arrests. However, excessive force is not appropriate and sometimes leads to suspects’ injuries and even death. Anyone who wants to prove that their arresting officers used excessive force will need to demonstrate that the behavior was not reasonable based on the circumstances and facts involved in the arrest or other interaction. The officers' intentions are not part of this evaluation.

As such, a malicious officer who uses reasonable force will not face consequences. An officer who believed they were doing the right thing but used excessive force, however, can face legal ramifications.

If you believe police officers violated your rights, you have several potential options for filing a complaint.

If you face criminal charges related to the incident where police brutality was involved, then your criminal case, as well as the case against the officer, might impact one another. For this reason, you will need to discuss your best course of action with a dedicated criminal defense lawyer.

One of your options is to file a complaint with internal affairs. Filing an internal affairs complaint will prompt the police department to investigate the officer or officers involved in your case. Understand that the information you provide in this investigation will be included in a formal record. Thus, if you make admissions during the process, prosecutors can use that information against you in a criminal case.

You may also file a civil lawsuit against the officers who carried out brutality or other forms of misconduct against you. If you succeed in these claims, you can recover monetary damages to compensate you for your pain and suffering and any medical treatment you required to treat your injuries.

In limited circumstances, you could file criminal charges against the officers. To do this, you would file the charges with the state and the district attorney would decide whether or not to pursue criminal prosecution against those officers. Depending on your situation, you might also have the ability to file a federal complaint and involve the Department of Justice. This is because civil rights violations are a federal legal issue, meaning the Department of Justice might have an interest in the case.

What to Do If Police Violate Your Rights

Did the police violate your rights? If so, you should touch base with an experienced civil rights attorney who is well-versed in police misconduct cases. That being said, the civil rights attorneys at The Watson Firm know how to hold bad police officers accountable and are ready to fight for the compensation and justice that you deserve.

Get in touch with our lawyer today by calling (850) 607-2929 or contacting us online for a free consultation.