Music can define times and shape history. The following two Pensacola natives were trailblazers, setting the stage for black youth to take center stage in bands throughout Florida.

Raymond “Ray Shep” Sheppard (1916-1981) graduated from Booker T. Washington High School (“BTWHS”) in Pensacola, where he continued his influence on youth and developing bandmasters as the founder and director of the BTWHS band. It was one of the first Black high school bands in Florida. Pensacola’s Gulf Coast and military roots influenced its musical style with Creole jazz overtones and military high-marching technique and precision. He also served in WWII and had an illustrious musical career as a leader of his own orchestra. Always in style, his orchestra dressed sharply in sports coats and suits played instruments with dignity, and exhibited gentleman-like manners that epitomized the coming of ages. His influence on Pensacola’s youth bands continues today.

Leander Kirksey (1909-1995), the son of a former slave, also graduated from BTWHS in Pensacola. In 1930, he graduated from Florida A & M University (“FAMU”), but instead of pursuing his field of Chemistry, he decided upon the concert hall as his legacy. After graduation, he was appointed as FAMU’s Assistant Band Director. He officially established the FAMC Collegians as one of the earliest known college jazz bands in America. Serving as Band Director from 1932 to 1945, he aimed to create a hundred-member band for the college, which became a reality after WWII at the helm of Dr. William P. Foster. The Marching 100 was created and lives to this day. Kirksey was a prominent figure in Florida's music history and the first African American inducted into the Florida Music Education Association’s Hall of Fame. 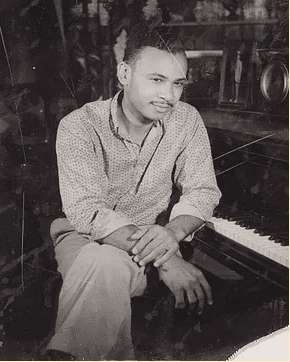 Both Kirksley and Ray Shep were founders of Florida Association Band Directors (1941-1966). Their main goal was to establish strong music programs in black high schools to function as feeder schools for FAMU & other Historically Black Colleges and Universities. Ultimately, FABD sought to raise up leaders on the musical trail to college and education during a period of segregation. FABD was a successful effort to recruit better musicians, develop their musicianship on the college level, and support the development of instrumental music and band programs in the black schools of Florida. Kirksey once stated, “music is a universal language; it’s a disciplinary virtue.” FABD broke down barriers of race in the creation of bands so instrumental to our enjoyment today.

The lives of these two trailblazers made more than music and musicians. They created citizens, lifted barriers, and filled the air with music.